The second presence art group exhibition opening this year Monday the 4th of October at 6 pm at BcmA – Berlin, Kreuzberg 36. 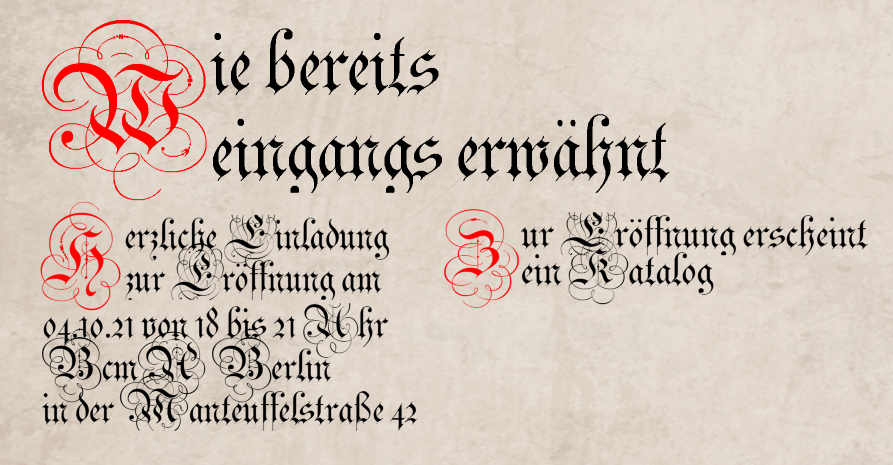 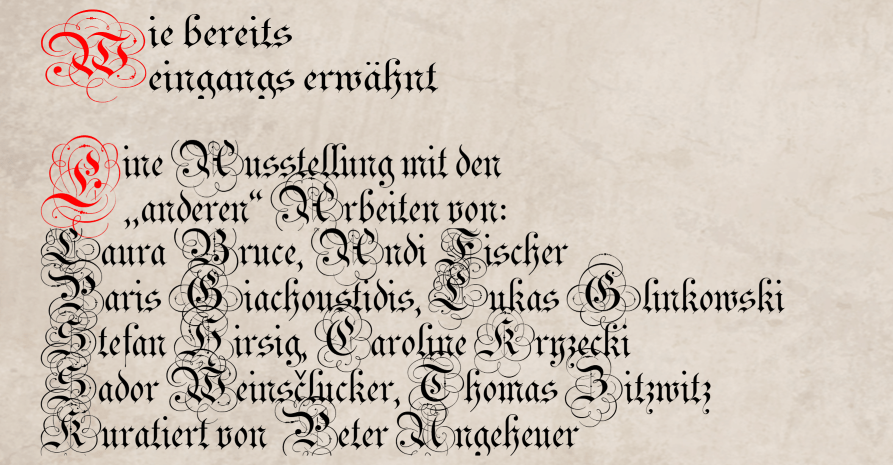 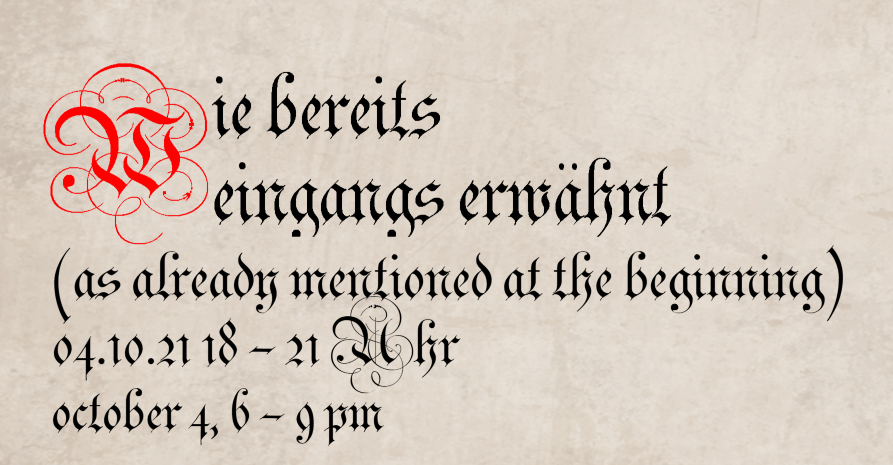 Artists in the groupshow:

Visual artists usually have their own view of the world, a specific perspective of observation, and a distinctive approach. Which does not necessarily mean that this is always expressed in only one (or a few) media. In a time in which we are confronted – unfortunately also in art – with the paradigm of complexity reduction, artists are also often reduced to a specific series of works; social media, but also galleries and institutions contribute to this. Recognizability and branding are seen as adding value to the art market, certainly with good reason. All of the artists involved in the exhibition have been shown a lot in and outside of Berlin through their dominant signature pieces; for most of us, a certain expectation arises, respectively concrete images before our eyes of what to expect when reading the list of names.

However, if one wanders through the studios and warehouses, one discovers rarely shown or even completely virgin series of works that are actually just waiting to be shown publicly. Those who study the artists and their oeuvre can see very well why individual works are not only of biographical interest in the context of the overall oeuvre, but are worth an in-depth independent study. Most of the works are early but fully developed explorations of untypical techniques and materials, others are the beginning of current series of works.

To the opening a catalog will be available.

Here the direct Link to the catalogue.