Exhibition Yours, Ausländer the solo show of Abigail Liparoto and Janet Morales at BcmA. It explores the notion of migration against the backdrop of an economic recession.

The exhibition  centers around the question of national identity in the light of the supposed fluidity. How is the current transnational movement of a young creative class changing the face of Europe? How are the unofficial lines, drawn between the North and the South, reflected in the cultural vocabulary and stereotypical visions of national identities? And how is it changing the landscape of Berlin?

The performance, on the opening night, calls forth the world of German bureaucracy, and the mock-governmental forms, which each guest is asked to complete, will become part of a growing archive throughout the show. This institutional image of immigration, in turn, is contrasted against an audio installation, which, through a series of intimate stories told by individuals, offers a glimpse into the often nuanced, varying motivations for establishing a life in a country other than one’s own. Evoking ideas of cultural integration, the concept of home, and living under the identity-status of ‘foreigner,’ the installation seeks to examine the ways in which we think about national identities and the concept of ‘otherness.’

Concurrent to the Yours, Ausländer exhibition, a series of text-based posters will be installed in the streets of Kreuzberg. Text taken from the interviews will seemingly echo through the streets, like snippets of an overheard conversation. In this way, Liparoto and Morales’ installation returns to its origin, and becomes, itself, part of the city’s landscape. 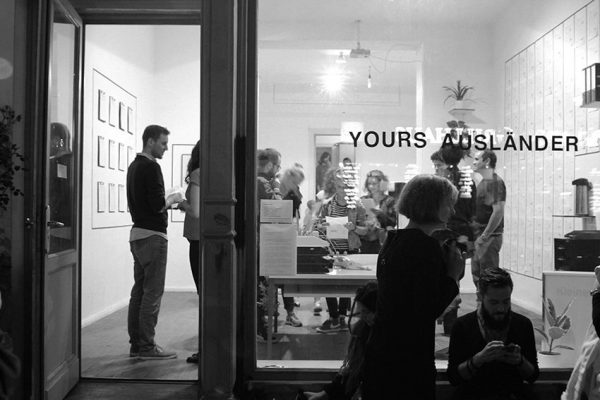 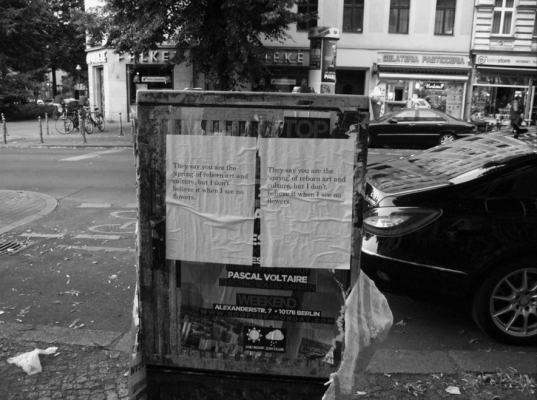 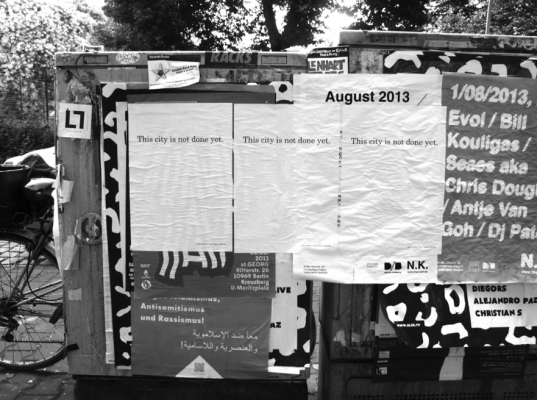 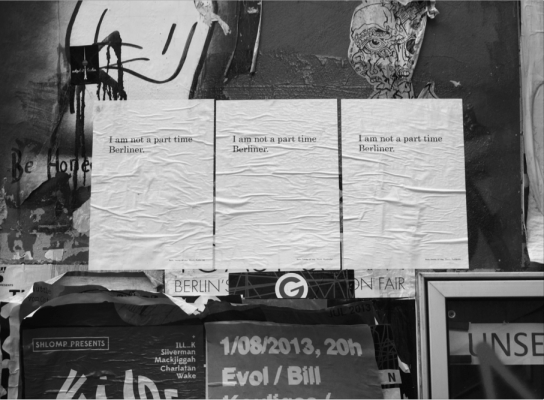 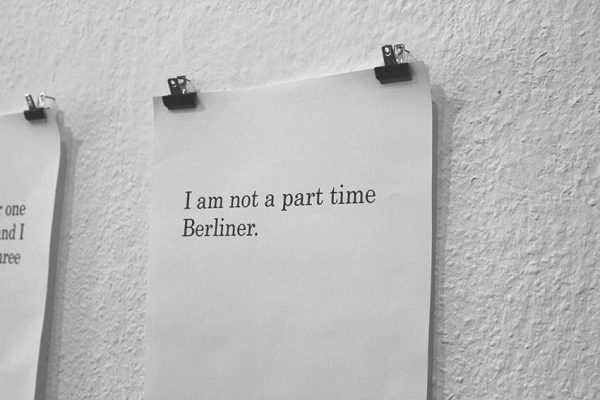 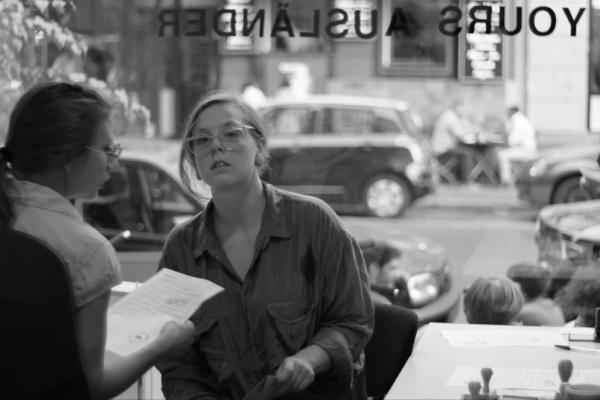 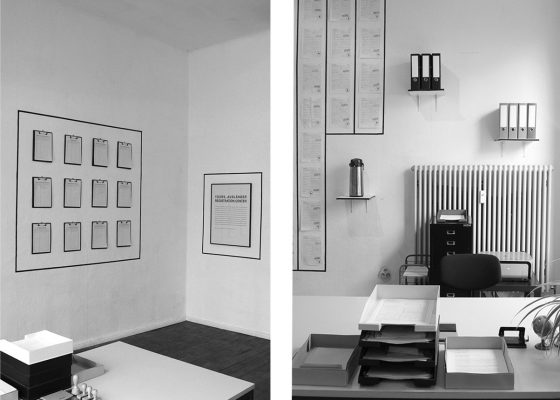 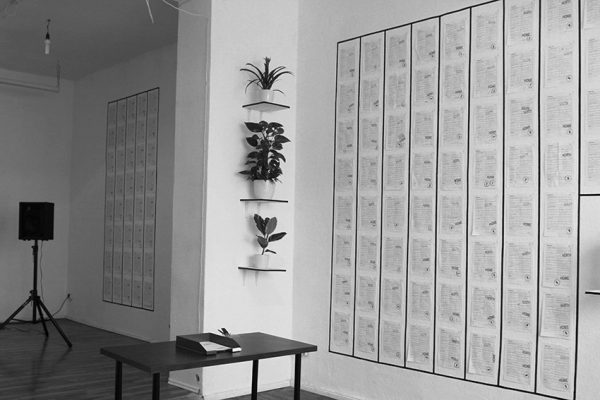 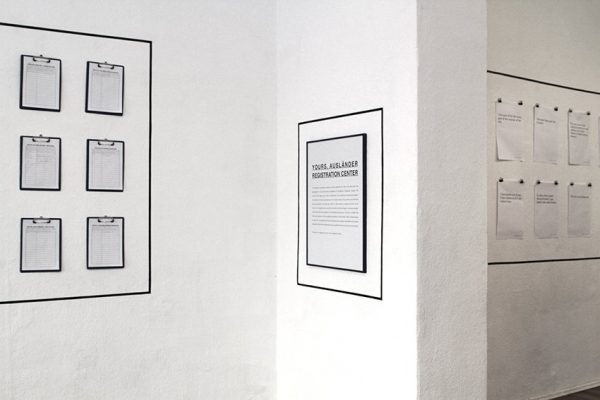 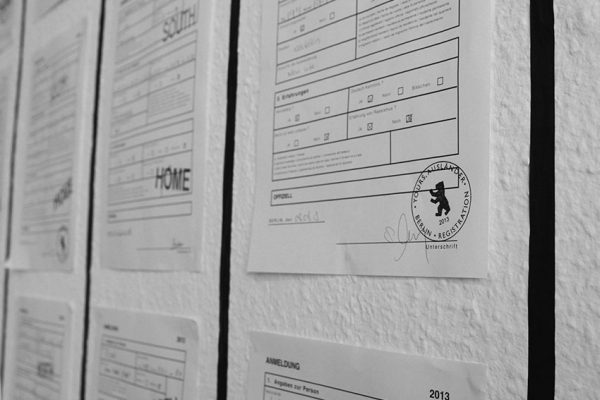